What Will Smith and the war in Ukraine have in common? Why empathy is important?

What Will Smith and the war in Ukraine have in common? Why empathy is important?

Before explaining why empathy is important, let me start with this.

When I first started this blog, there were two rules that I didn’t want to violate.

Rule Nr 1 was to post only articles from me or legitimate articles from people I am in contact or connection with. No outsourced content would be published on this site.

Rule Nr 2 was that I would post once per week.

You know I broke Rule Nr 2 for those who follow my newsletter.

Unfortunately, I lack the discipline to post weekly, which is fine. It is fine because it should follow the natural rhythm of life and events. I am working on a system to be always ahead and, at the end, post weekly, but it might take some time to be there.

My life (our lives) is not only work, but there are all these in between events that take part in it.

It is what it is.

At Oscars 2022, a couple of weeks ago from this article, Will Smith stood up and slapped Chris Rock.

My thoughts on this.

Firstly: You don’t use physical force on words!!!

Everybody has the right to think what he wants and say what he wants. (If he is going to be accepted, that is a different story, he should not be accepted if his opinions do not tolerate his deviation.)

If what you say is offensive, well done; that is called free speech, and no progress would be possible if challenging, offensive talk weren’t there. Anyway, the perception of if something is offensive or not lies with the listener.

Secondly: His reaction showed a weak man, and the reason why I say this is because at the beginning, he laughed at the joke, but it was then when his wife rolled her eyes back that he reacted like this. His wife manipulates him to act like a clown and shows that he has serious personal issues.

Thirdly, Chris Rock has instrumentalized Civic courtesy to pass a poor joke about Jada Smith, hiding behind its protection. However, he counted wrongly as Will Smith proved to be a man who would not let public opinion dictate what to do and what not. He shouldn’t have slapped Chris Rock but opposing public opinion and detesting civic courtesy’s restrictions shows the character of the man.

In the last decades, people in the West distanced themselves from what the real world looks like. The average city person, buying food from the supermarket, exercising in artificial gyms, pursuing happiness through medication, sitting in front of a computer screen all day, on a sterilized environment, seeking comfort, not seeing, and avoiding death (death happens in the hospitals), being constantly aware on other people’s lives and opinions, what to say and what not to say, especially if part of a corporate environment and world.

That is a whole world, millions of people blinded from the narrow frame of their artificial life, ignoring the feelings, opinions, and standpoints of a silent majority, that probably does not have the intellectual level of those, it understands however the basic principles of life as it is closer to a purer, rawer form of it, understand the pillars of human nature.

A whole world of corporate employees, career seekers and paper pushers that search the comfort in the “hug” of a big organization that dictates what is correct and what is not, a world that has 0 empathy for the ones that stand outside of it.

Why is empathy important? 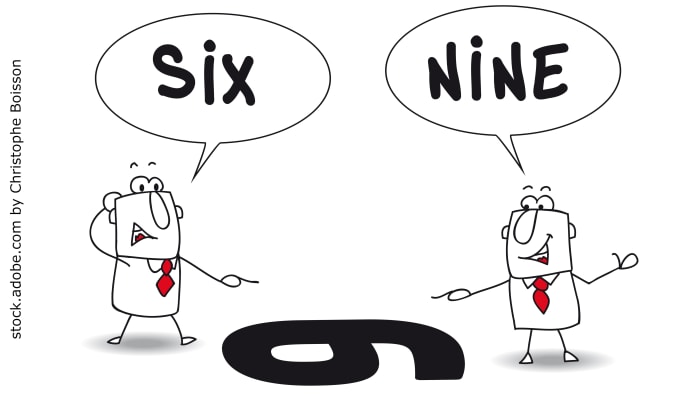 Empathy is the capacity to understand or feel what another person is experiencing from within their frame of reference, that is, the ability to place oneself in another’s position.

Like Chris Rock, NATO and the West, intentionally or not, failed to understand the other party’s standpoint from its frame of reference, feeling secure in the utopia of their existing world, pushing their luck a step too far.

Distracted from arrogance, delusions, and obsessions, once again, as a misfunction of human nature, a wrong estimation and understanding of reality triggered the bad outcome.

Having empathy in sales is understanding customers’ perspectives and thinking, which is going to lead a salesperson to build trust, most importantly, understand the actual reasons that spark a prospect to decide on our product or not. Without empathy, you are focused on your solution or product and not on the value that this solution brings to your client, which often is more than the obvious or the one that shows in the surface.

A super-simplified example of this would be to advertise the technical and quality benefits of a Rolex. In reality no one cares of those, a more complex one would be to pitch the problem-solving capacity of a complex IT solution. In reality, the prospect cares about this solution’s perceived security to the management – note, perceived security, not the real one.

The more complex a sales scenario is, the bigger degree of empathy is required to understand the other party’s perception and take advantage of this understanding for the mutual benefit of all parties.

Why empathy is important? To make the right decisions

If you find all these interesting share it please. It would help me a lot!